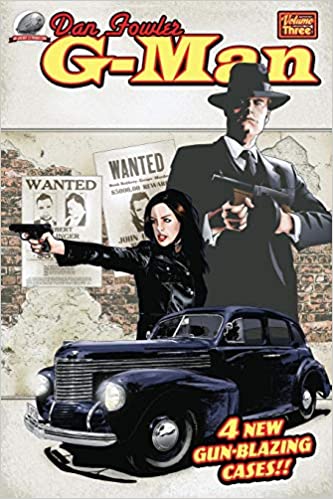 “Pulpdom’s great G-Man, Dan Fowler, returns in four brand new, gun-blazing stories as he chases down America’s Most Wanted Gangsters. Accompanied by Agents Larry Kendall and Sally Vane, the dedicated manhunter races from the streets of New York City to the dirt roads of rural America’s farmlands as he pursues the lawless.” – Airship 27 Productions

My story, “The Mask of Mesud,” is the third story in this new volume from Airship 27 Productions. This is my first published pulp fiction story, and the book also features tales from Whit Howland, Gene Moyers, and Fred Adams, Jr. You can pick up a copy from Amazon right now, and I’ll have copies to sell very soon! 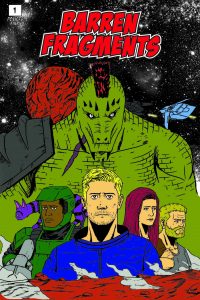 On a distant planet in the future, a group of scientists studies a barren planet. Little do they know that an enemy is closing in on them…

This comic is the first in a series. I started the script in Ron Fortier’s “How to Write Comics & Graphic Novels” class at Front Range Community College in 2018. Script, lettering, and cover colors were done by me, and interior pencils and inks by artist Andi Fikri. Physical copies and PDF version soon to be completed!

Children of Light: Book One: The Silver-Haired Boy 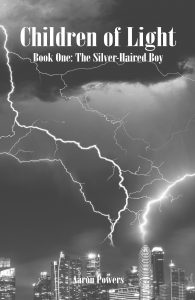 In a city ruled by an unseen evil, a young boy flees for his life. Why does he run? What is this predator that pursues him? The silver-haired boy will soon learn of his importance in the struggle between two ancient powers.In a rundown cottage beyond the city’s lights, many things will be revealed. But more questions will arise. Who are the Children of Light? What is the boy’s destiny among them? The Silver-Haired Boy is the first of a five-part series that will delve into the continuing battle between good and evil and explore the struggles that all humankind must face. 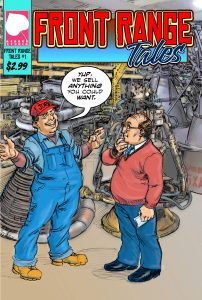 This comic book collection contains stories from five different writers, and is illustrated by five different professional artists. The book is a result of the first “How to Write Comics & Graphic Novels” class that was taught by long-time comic book and pulp writer Ron Fortier at Front Range Community College in Fort Collins, CO. My story, Timewalker, is the third story in the collection, and was drawn by Ted Slampyak.

Who’s Who in New Pulp 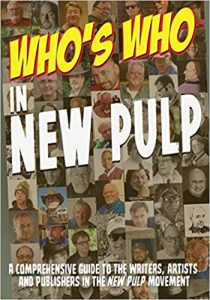 A comprehensive guide to the writers, artists, and publishers in the New Pulp movement. More than 220 creators are featured in this book!

You can purchase this book on Amazon, where all of the proceeds go to the St. Jude Children’s Hospital. If you’d like an autographed copy directly from me, you can purchase it on my online store.