Aaron Powers was born and raised in central Nebraska. He graduated from Holdrege High School in 2003, and received his Bachelor’s degree in English: Writing and Literature from Wayne State College in Wayne, NE in 2007. He married his beautiful wife Abbie in August of 2007, and the couple moved to Massachusetts, where Aaron worked as a design and editorial assistant in Boston until 2010.

After moving to Loveland, Colorado in 2010, Aaron worked as a freelance writer and editor, and published his first novel, Children of Light: Book One: The Silver-Haired Boy, in 2014. His first comic book story was featured in Front Range Tales, Volume 1 in 2018. He is currently employed as a Lead SEO Specialist at Madwire in Fort Collins. He loves traveling, writing, watching movies, reading comic books, watching college football (Go Huskers!) playing video games, and drinking craft beer. 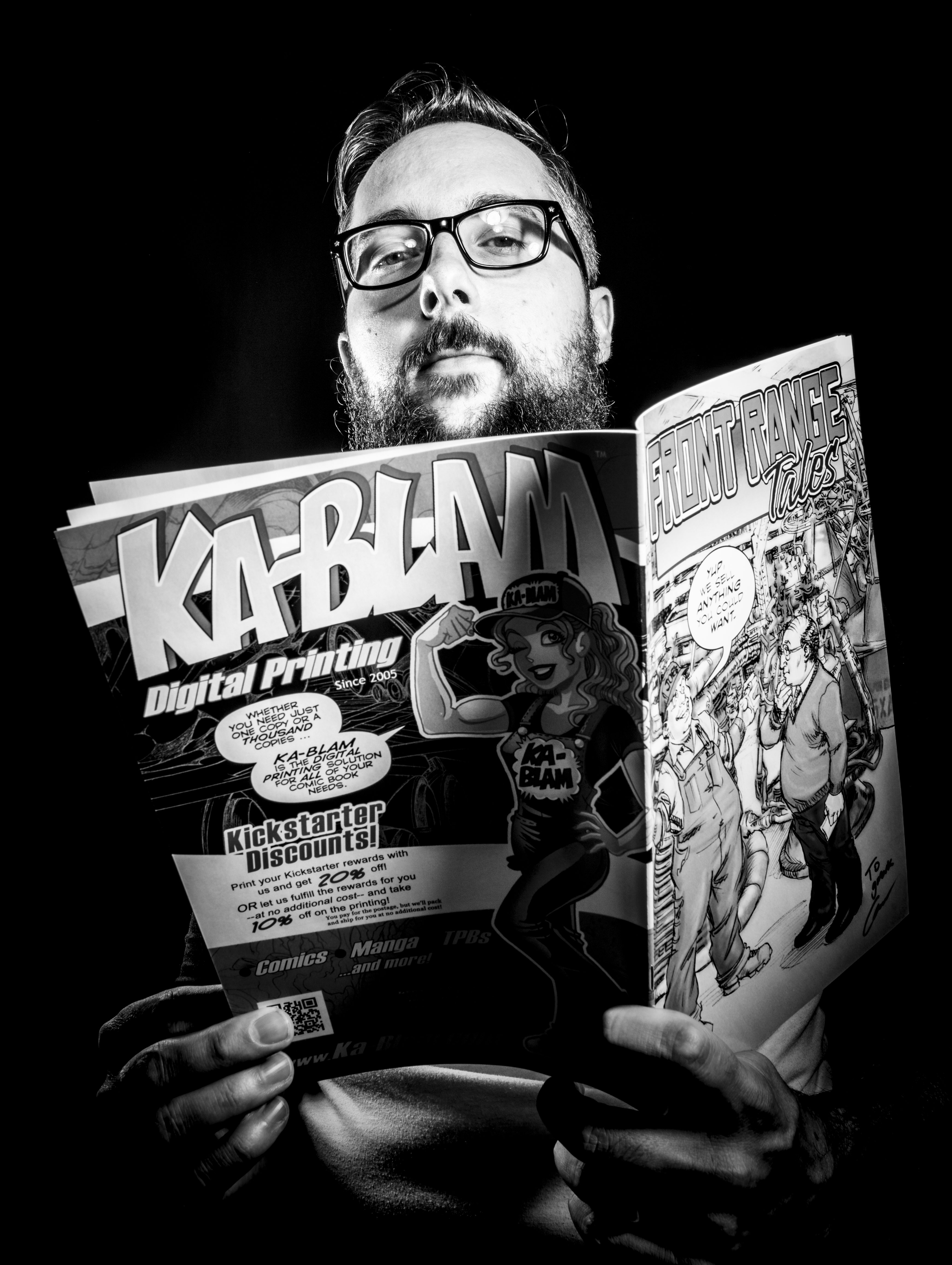